Centre for Studies in Violence, Memory and Trauma

Centre for Studies in Violence, Memory, and Trauma (CSVMT) 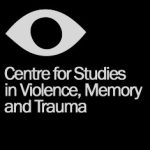 Violence, memory, and trauma have been theorized across disciplines ranging from literature and media to anthropology and history. The category of ‘violence’ includes large-scale state interventions such as the two World Wars as well as varying types of ‘constitutive violence’ (Azoulay) that underlie and justify recent conflicts both in their enactments and in their remembrance (revisionist histories of the Vietnam War and the Israel-Palestine issue are two obvious examples).  The Centre considers both spectacular and banal instances of violence.

Everyday structural violence whether on the basis of caste, gender, religion, or ethnicity are documented by the media which creates its particular networks of representation and memory. The mediatisation of violence – whether the ‘war on terror’ or rape – allows for complex replications of outrage, torture, imperial power, solidarity, and distancing which Zygmunt Bauman perceives as inherent in the condition of ‘liquid modernity’.

The Centre is an inter-disciplinary and builds on current faculty research strengths and interests as well as reaches out to colleagues across South Asia and internationally. Members of the English Department teach, research, and have publications in areas ranging from memories of Partition to Dalit literature to gender studies to representations of war and much else related to the Centre’s focus. The Centre intends to serve as a hub of research and archival excellence enabling faculty and students to participate in regular workshops, lectures, seminars, and conferences. It will have a contemporary edge but it will inevitably work with histories and representations of violence and trauma from earlier periods, drawing in the best minds from different disciplines and countries.

The Centre will interface seamlessly and effectively with the existing Centre for Academic Translation and Archiving and the Centre for Dalit Studies. In the long term the Centre will enable and participate in conversations that will enhance our understanding of violence and its diverse implications.

The Centre looks at the interrelations of violence, memory, and trauma across a variety of disciplinary fields and considers, among others, issues and questions related to:

The list is only indicative of research possibilities and the Centre is in process of developing  research clusters based on the triad of violence, memory, and trauma. The Centre has already initiated projects related to Indian involvement in World War I; a second project will study the archives, literatures, and histories of the partitions in the sub-continent in terms of their long-term legacies; a third project pertains to the idea of avant garde aesthetics and its relation to notions of violence and melancholy.